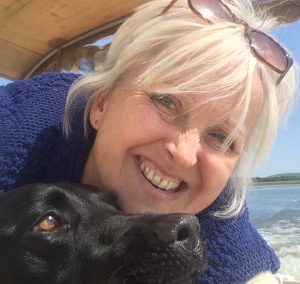 Providing interactive workshops for community and well being.

Qualifying in Qi Gong Shibashi set instruction and moving away from mainstream teaching I now hold sessions in energy work with breathing posture and movement. Using the Tai Chi Qi gong Shibashi set with guided meditations to relax and focus.  I have suspended my vocal workshops during Covid.

Session have partly resumed outdoors and will continue as and when rules allow. All sessions group based and at Venues and Festivals that promote health and wellbeing.  You can find sessions with the Wessex Cancer Trust and Healing Hands network primarily working with sufferers of PTSD and Parks In Mind Dorset, using our parks and open spaces to improve our wellbeing.

I have previously been privileged to have had a multi faceted career in music from group singing in some of the UK’s top music venues and running Yamaha music schools as well as working as a peripatetic instrument teacher.  I began running holistic community workshops in 2010 and have held sessions for therapeutic and holistic wellbeing in the community through interactive sessions and positive living groups.  I currently run the Federation of Holistic therapists Group events coordination in Bournemouth.

Holistic Massage, and Indian Head Massage Itech Diploma’s in 2004/2005 . I took these skills and travelled to Sarajevo to help victims of Post Traumatic Stress Disorder. Exploring therapeutic sound more deeply I then took a diploma with (The British Academy of Sound Therapy) in 2010. I began running workshops in music meditation around the Bournemouth area alongside my music teaching. This lead to the start of running sound healing sessions through a Positive Living Group and at independent venues as well as running community singing sessions.  I have opened SIKA events with sound healing sessions at Gaunts House in October 2013 and the Beehive studios in Southbourne in 2014 and Mellulah Retreats in Blandford.  Since 2017 I have taken events to The Shaftesbury Fringe,  New Forest Folk Festival and Larmer Tree and Gaunts summer Gathering  and I have also run local events at Highcliffe Castle. Currently during Covid I have run online Qi Gong and meditation sessions for The Wessex Cancer Trust and Parks in Mind. These sessions will return to their respective venues in the near future. I will also be returning to The Weymouth Community Hub and The Healing Hands Network.

Movement    Having trained at the Laban Centre of movement and dance I have also studied anatomy and physiology training from my massage qualifications has helped in my understanding of the importance of physical health. I continue to use my experience of Qi gong and mediation in my movement sessions with Wessex Cancer trust and Parks in Mind.  Ongoing CPD in Qi Gong and Massage for insurance means each year I remain up to date with running safe sessions.

Singing  Having sung and performed in both The London Philharmonic Choir and Bournemouth Symphony choir.  I am privileged to have sung live for Final Fantasy XV at Abbey Road Studios and have frequently performed at the Royal Albert Hall and Festival Hall in London as well as numerous tours abroad including Israel and America, France and Belgium.  Also performing live on television at the Proms and QI and flash mobs at Charing cross and other London venues. My interest in therapeutic sound led me to a collaboration in 2010 with Regina Rainey from Bossa Imensa on a community choir “Quay of Sea. “. Enjoying simple round and harmony singing we recognised the liberating “no boundaries” approach to vocal sound and the open access non note reading pleasure in informal singing.  I then started Southbourne Community choir which followed a similar thinking but with a larger group and regular public performance. The group being a mix of note readers and non – readers creating harmonies with an aim to suit all tastes. We took part in some fantastic events including Christchurch Food and Wine Festival, Southbourne Shake and Stir as well as Wheels Festival and Arts by the Sea. From liaising with organisers to managing choir members  I handed the  choirs over when I decided to give up teaching. Wanting to combine my knowledge of therapeutic instrumental sound with that of voice I began running uplifting singing workshops as well as mantra and chant. I also continue to sing and play keyboard for Southbourne Community Band.

Vocal Therapy  My studies after training at BAST lead me to begin reading about Eselan and the influences of Michael Murphy and ITP Integral Transformative Practice which led to Girish and finding and expressing your true voice through mindful singing. Other influences include Simon Heather and James D’Angelo as well as the work of Dr Louise Montello Performance Wellness.

Experience I have experience of putting on events , workshops and concerts as well as taking part in festivals and events in the UK and abroad. I can work with other people as well as motivate and direct groups to learn and produce and develop their ideas. I have worked through the creative process for myself and for students from auditions to performance and instrumental exams for over 20 years.  I have learnt leadership as well as being able to work in a team. Whilst co-owning and running a bistro with 12 staff with my first husband I also ran 2 Yamaha music schools. This gave me the knowledge of good business practice employment and health and safety issues as well as the confidence to deal with issues which might arise from running a business.

I took a years sabbatical from September 2012 to 2013 since remarriage to travel around Europe. I stopped formal teaching and continued travelling every year in the winter running workshops and teaching in the UK and abroad. During my travels, I was delighted to work running vocal meditation sessions and sound baths as well as community singing sessions and individual instrument teaching.

What I love the most is seeing people thankful for a great experience. Whether it’s a community singing workshop or a vocal meditation, sound and movement session or coming to watch an event or the community band. If I know people have shared and enjoyed some time for themselves nurturing their own sound journeys or seeing others enjoy sharing a common place then what could be better”.

To attend a workshop, or discuss the workshops we can offer at your own event, please contact Jenny Newman:

See my events for details or  the Natural voice practitioners website.

Piano and Keyboard  I started out as a peripatetic piano teacher at St Peters School and St James as well as Bournemouth School for boys running Yamaha music schools. Yamaha employed me to set up a music centre for Yamaha keyboard, piano and musicianship  with over 100 students and two other teachers. Keen to explore their free style of teaching I recognised it as a valuable method for interactive ensemble and an inspiring way for students to play by ear. Learning through modern popular music and encouraging general musicianship through percussion and voice as well as keyboard .

I became keen to find out more about the effects on cognitive development and began exploring the healing and benefits of music aside to learning the skills of playing an instrument. I’d often found the stresses and expectations of perfection in performance off putting and wanted to find ways to encourage freedom in musical expression . I’d also studied Transcendental Meditation in my twenties and recognised it’s calming effects. After attending a BAST open day I was profoundly moved by the various emotional effects instruments have and the thoughts of marrying music and meditation began.